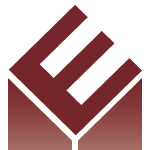 Subsequent to the two former editions held in Sitges and Murcia in 2002 and 2003, respectively, a third meeting of University Ethics Committees was held in Granada on December 2-3, 2004. In addition to reinforcing this kind of meetings, the aim was to disclose a number of scopes of action of these committees, such as… 2004
Friday December 3rd, 2004 Supervisor