35 years of the Esteve Foundation

You are here:
ActivitiesCalendariOtras actividades 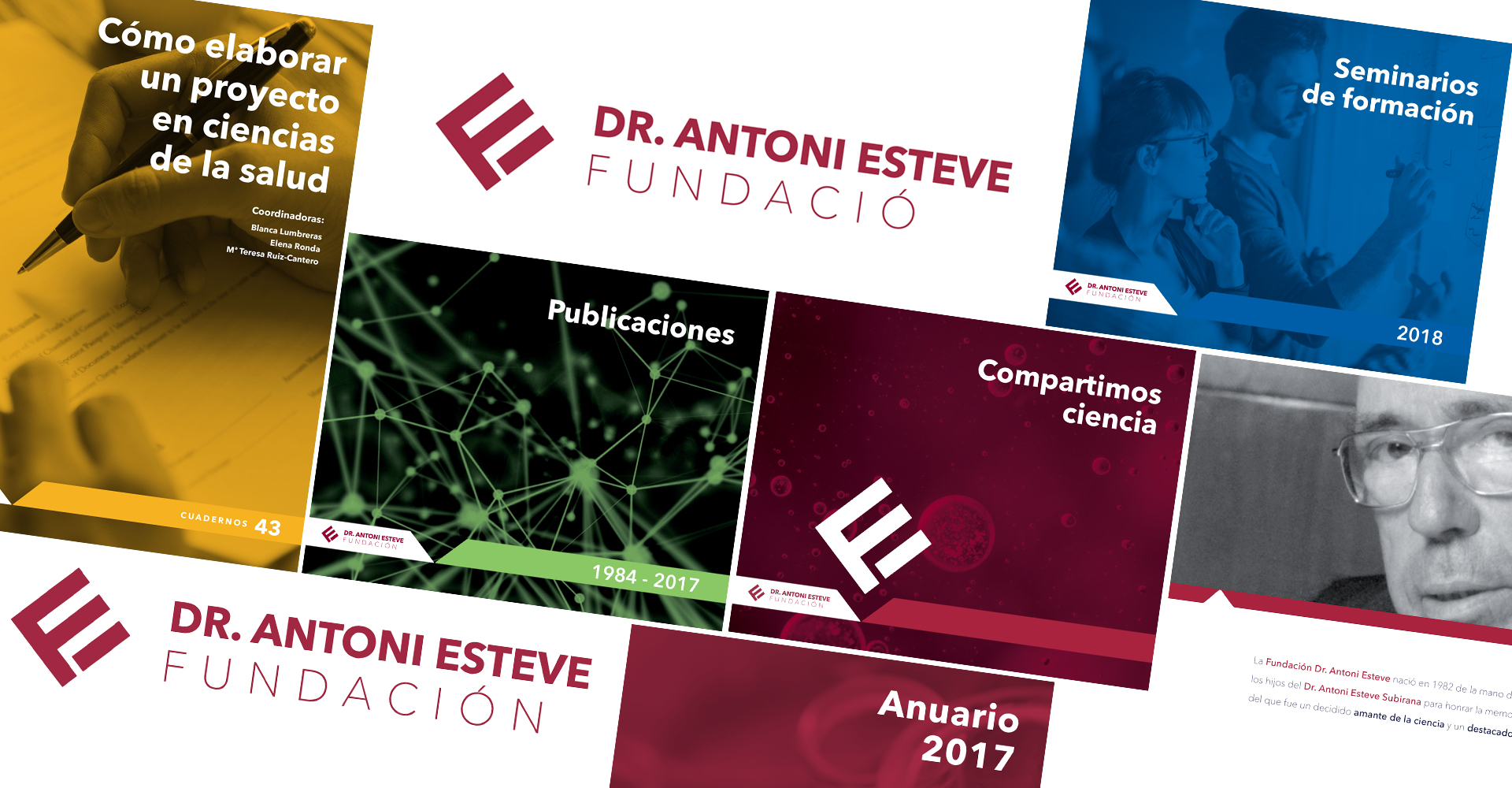 35 years sharing science. It is the spirit of this non-profit institution, which was founded in 1983, with the aim of building bridges between researchers of different scientific disciplines. It is now celebrating its 35 year anniversary, having expanded its scope of action to other areas, such as training and dissemination. The Esteve Foundation wishes to celebrate this anniversary with a new visual image, that unites its different activities and publications under a new system. It is also creating a new, more intuitive web page, that is accessible from different mobile devices, to continue facilitating registration in its activities and the free download of all its publications.

The Esteve Foundation was founded in 1983 to honour the memory of Dr. Antoni Esteve Subirana (Manresa, 1902 – Barcelona, 1979), the fifth apothecary of a lineage of pharmacists. He started preparing medicinal specialities in the back room of his pharmacy. However, as a result of his scientific interest and industrial spirit, he ended up founding a major pharmaceutical company in 1929. His family decided to pay tribute to the figure of Dr. Antoni Esteve, by setting up a non-commercial institution, which remains loyal to his scientific vocation.

Throughout the past 35 years, the Esteve Foundation has organized a total of 529 activities, within the Catalan, Spanish and international environment. A wide range of activities, including 32 international events, 30 national round tables, 27 seminars and debates, 72 conferences, 23 book presentations and 16 Esteve Foundation Research Awards. These awards are held every two years, recognizing the best work in pharmacology published by a Spanish author.

Apart from this set of activities, 140 initiatives have been carried out in collaboration with other institutions. One of the flagships of the Esteve Foundations are theTraining Seminars, which this year have reached 200 editions in 9 different modes. The aim is to cover gaps in training that are not usually included in official studies. The oldest course, How to write a scientific article , started in 2004 and is now in its 44th edition. It is not only held throughout Spain, but also in countries like Mexico and Chile. It is followed by other courses, such asHow to make oral presentation in biomedicine (33 editions), specific courses on writing and oral presentation in English (44 editions) plus the most recent one The scientist in the media (11 editions) and How to disseminate your scientific project in a 60″ video (8 editions).

Besides these activities, the second major aspect of the Esteve Foundation are its publications (397 in total), that can be downloaded and requested free of charge from the website www.esteve.org. Over these 35 years of history, the institution has published 106 books in various formats. These include the collection of Esteve Foundation notebooks (44 issues), with such diverse topics as the writing and translation of scientific texts, different debates on scientific journalism, or dissemination topics such as medicine in TV series. The activities developed by this foundation have also led to a total of 273, articles published in a range of national and international journals, while the 9 editions of the seriesPharmacotherapy Revisited are a benchmark in the field of pharmacology.

With this new image and the new portal in internet, which receives over 40,000 visits a year, the Esteve Foundation aims to continue developing communication and scientific debate from a multidisciplinary viewpoint,, with special emphasis on the younger members of the public. It therefore maintains and reinforces its presence in social networks, with new profiles in YouTube and Instagram, along with those already existing in Twitter, Facebook and Linkedin.

“We don’t want to miss this opportunity to first thank the Trustees of the Foundation for their support, and all our collaborators for their trust. In 2017, we made contact with almost 200 institutions and over 2000 people. The five members of the technical team of the Foundation are proud to bear the name of Dr. Antoni Esteve i Subirana, disseminating science, both in our environment and beyond our borders”, ended Fèlix Bosch, director of the Esteve Foundation.