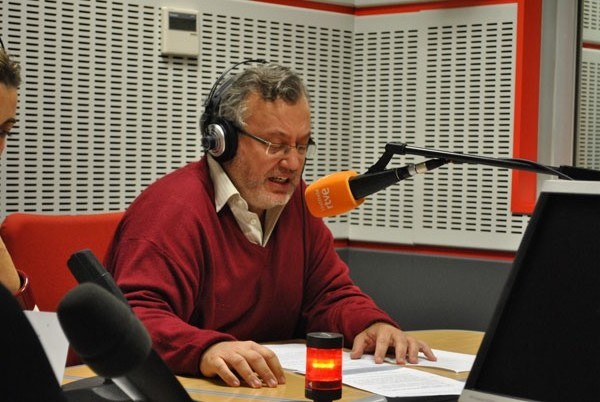 The various debates organized by the Esteve Foundation between scientists and journalists always highlighted one weakness in science journalism: lack of communication between both parties. The range of specialized courses in science for journalists is extensive, however, we cannot say that the reverse is true. Medical personnel from both the field of research and the… 2012
Thursday November 8th, 2012 Supervisor 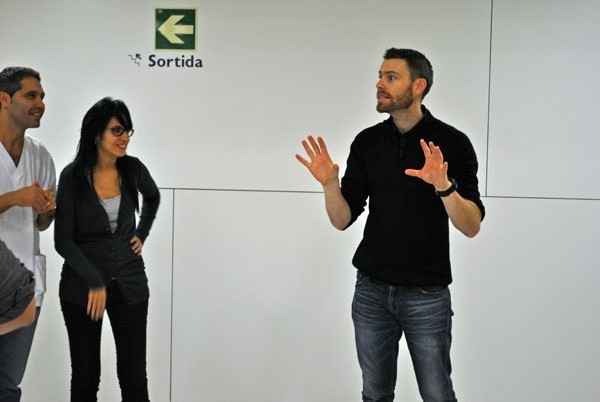 If standing up and speaking in front of an audience is a source of anxiety, the stress is heightened even more when the official language of the conference, meeting or congress is English. On the 22nd and 23rd of October 2012, the Esteve Foundation organized at the Corporació Parc Taulí of Sabadell the fourth edition of the… 2012
Tuesday October 23rd, 2012 Supervisor 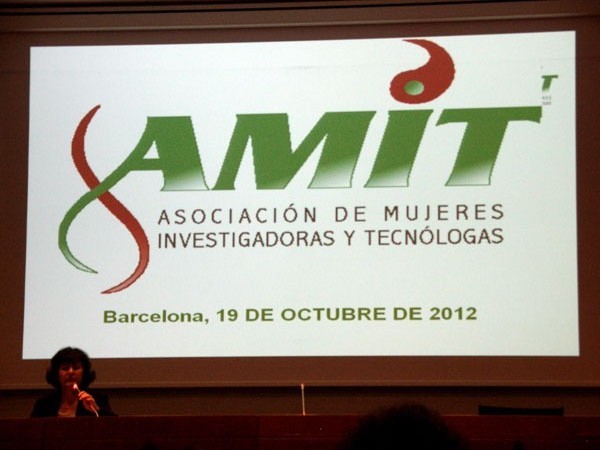 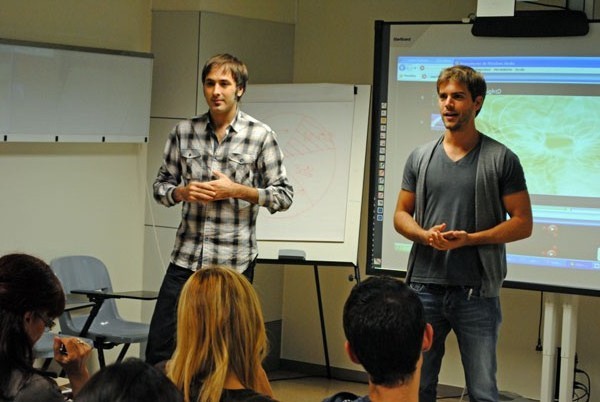 When speaking in front of an audience, only 15% of what actually reaches the public corresponds to the spoken message. In contrast, more than half the information retained by listeners lies in nonverbal communication. Indeed, the lecturer’s posture, gesture and eye gaze tell a lot more on how he/she feels than mere words. These courses… 2012
Thursday October 18th, 2012 Supervisor 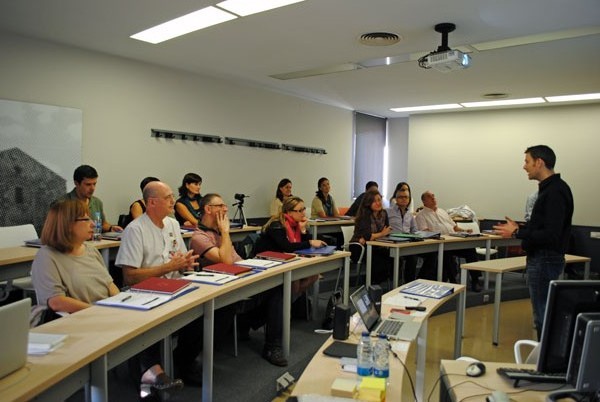 If standing up and speaking in front of an audience is a source of anxiety, the stress is heightened even more when the official language of the conference, meeting or congress is English. On the 4th and 5th of October 2012, the Esteve Foundation organized at the Fundació Docència i Recerca Mútua Terrassa the third edition of… 2012
Friday October 5th, 2012 Supervisor 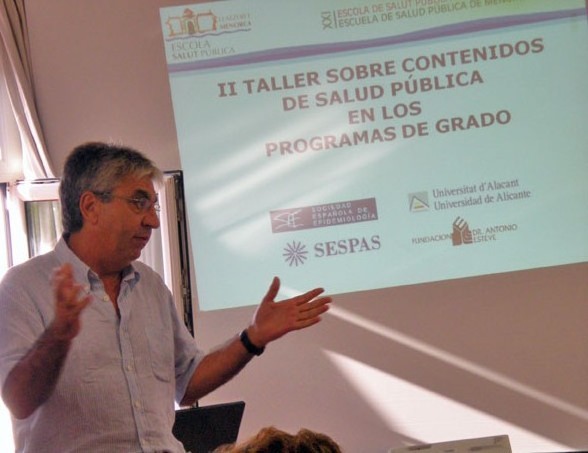 During the first meeting, held in 2010, 35 professors who teach courses in public health in Spanish universities agreed that the basic content of courses in this field should be organized into different degree programs. In this second workshop, again held at the Menorca School of Public Health, attendees reviewed the agreements reached at the first meeting… 2012
Thursday September 20th, 2012 Supervisor 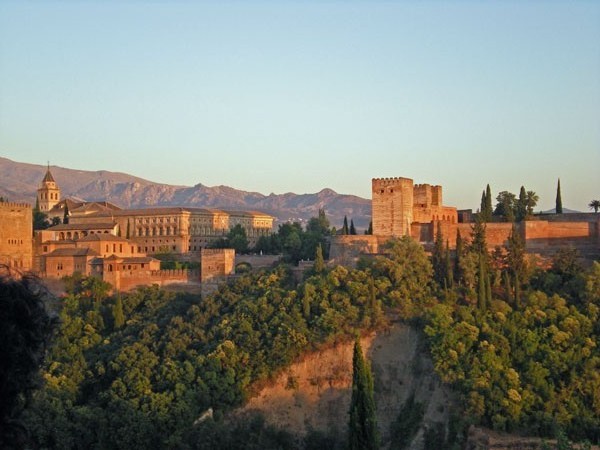 The Esteve Foundation, at the 6th European Congress of Pharmacology 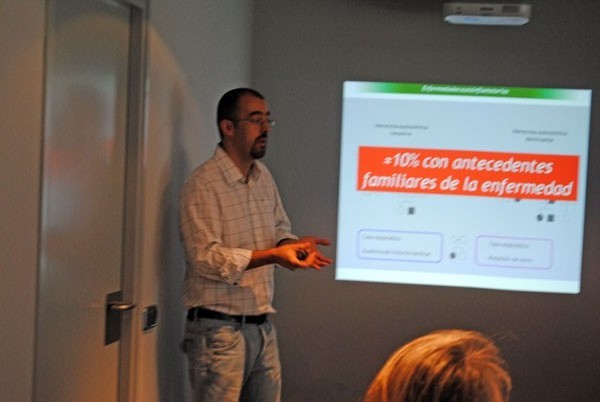 The new advances in understanding the molecular and cellular bases of immune response opened a new era in the diagnosis and treatment of immune-mediated diseases. On June 14th, 2012, in Barcelona, the Caprese organization (within their training program Aula Ergos), in collaboration with the Esteve Foundation, organized a workshop on basic principles in immunology: immune-mediated… 2012
Thursday June 14th, 2012 Supervisor 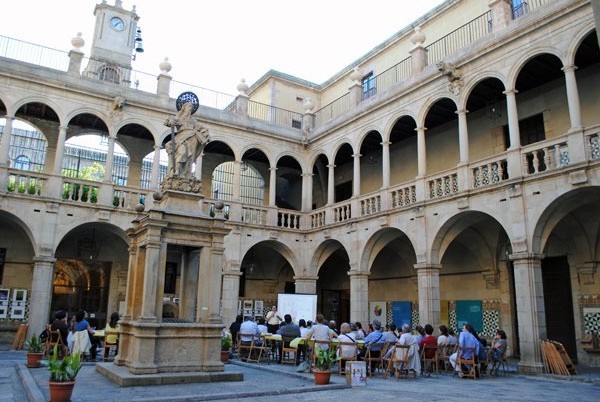 What causes a transplanted organ to be rejected? Can rejection be avoided? What is a compatible donor? Is there such a thing as completely compatible organs? These were some of the questions posed at the Science Café on Transplantation, the fourth and final café organized by by the Catalan Society of Immunology in collaboration with…
Thursday June 14th, 2012 Supervisor 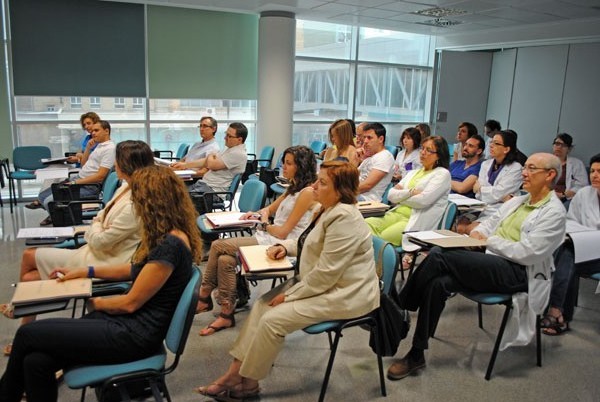