On February 27 was held the 3rd Conference of the Observatory PerCientEx (Science Journalism Excellence) at the facilities of CosmoCaixa, with the collaboration of the Dr. Antoni Esteve Foundation. During the event, we talk to the authors of the three reports of scientific excellence at international level.

Michele Catanzaro PerCientEx coordinator and journalist for El Periodico, began the conference by thanking all their work and support the speakers, organizers, the ACCC and associates of the event, “la Caixa” / CosmoCaixa and the Foundation Dr. Esteve.

The purpose of  PerCientEx  are the best practices that lead to scientific journalism excellence and to recognize their authors. “This can serve as inspiration for new journalists and promote new ways of creating reports ,” says Valentina Raffio, journalist and coordinator PerCientEx El Periódico. In this edition of the Observatory PerCientEx have selected 40 new works of science journalism excellence that have been added to its  database. It works journalistic already awarded other prizes and scholarships, innovative formats, which found a number of common characteristics that make them excellent. On the day of February 27, there were three of these work, corresponding to the categories of health, environment and science.

“Go beyond the press releases, key in journalism excellence”

In the area of health, Nuria Jar spoke with Julia Bestard, science journalist, professor at the University of Barcelona and head of communications of the AIDS Research Institute IrsiCaixa on the report ” When the doctor is patient makes it “( lavanguardia.com )” awarded the Concha García Campoy Journalism Award in the category of press. The piece is about three doctors who changed their conception of medicine after suffering three serious diseases such as Guillain-Barré syndrome, autoimmune anti-NMDA encephalitis and pancreatic cancer: they are Àlvar Augustine Domingo Escudero – both of the Hospital Clínic – and Manel Escobar, Hospital Vall d’Hebron.“His experience led them to promote many platforms to give voice to patients” , explains Jar.

The journalist cook over low heat this report, is that the first pieces were worked for radio and did not include all three cases, which was discovered at different times. “The challenge was how to link three different stories as” explains Jar, “but the solution was that all thoughts appeared very cross” .

Why three male voices? Although Jar contacted several hospitals and medical colleges to find more cases, it was not until after the publication found that: “Women sometimes refused to grant me an interview. Or they could cost more “ .

The report “When the doctor is patient makes it” has amassed several awards, but for Jar most important was when the three doctors, who met personally in an event they call following the publication of a photograph that left three. They launched a working group with other health professionals to suggest recommendations on how to improve the experience of patients in the healthcare system at zero cost. One example is to remove the table from the query, which is a barrier between doctors and patients, and that it is practiced in the UK. Jar also stresses that it is important to include subjects on doctor-patient communication during professional training and facilitate the working life with more time for consultation.

“So, your work has had an impact on the real life” , said Bestard. “In journalism is very important commitment to society,” and the work of Jar is excellent for the following reasons: It involves commitment, rigor and excitement beyond the information in a press release . “The journalism of excellence should not survive. The media should go for it “ .

“There are realities, even when they are controversial, they explain”

In the area of environment, Edwin Javier Sanabria spoke with Cristina Saez, science journalist, especially on ‘ The green Palice ‘ ( especiales.semana.com ) work finalist in the innovation category of the prestigious awards Gabo. It consists of a series of video reports that show the deforestation suffered several areas of Colombia, one of the countries with the highest deforestation rate in the world, even traveling to the territories, even unexplored.

This work arose in collaboration with the Grand Alliance against deforestation, which links organizations movilitzades against this practice, with funding from the Norwegian government. It involved 25 professionals, most of the staff of Semana, illustrators and photographers and some freelancers. The work was carried out in six months.

This series of reports had much impact in the beginning, recognized the gravity of the situation and it generated many protests against deforestation. In fact, it is planned to launch its second part. “The problem is that many journalists have been threatened and are wanted to post this content because they are areas where people live it. If these people can not continue to maintain this activity, go to engage in drug trafficking. It is a reality that must also explain “ – says Sanabria.

The work of journalists and other professionals involved Week analyze a lot of data. How can convert all those numbers into a story that catches people? The journalist revealed that the key is to talk to reporters who do the fieldwork. It is they who bring the story behind the data.

“The stories are not scientific evidence”

In the area of science, Nava Purple Poppy was interviewed by Oliver Hochael, science historian and researcher in Milan and Fontanals Institution of the Higher Council of Scientific Research (IMF-CSIC) for his article ” Células madre, between scam and science “( cienciamx.com ), outstanding in Journalism Awards on scientific and technological innovation Comtecyt of Mexico. This story tells of a reality in which the heroine of history, science, used to defraud people suffering from incurable diseases, such as neurodegenerative and take advantage of their need to sell the “treatments stem cells can find magic even shampoo. ”

Nava discovered this world in a seminar on frontier science, a science of innovative research which still do not have enough knowledge, as the field of stem cell therapies. “Until now, the only treatment with stem cells has proven effective is the bone marrow transplant,” says Nava. Surprisingly, many professionals working in clinics that offer this type of treatment without any scientific basis believe they really work. “Sometimes doctors have not received the training necessary to be critical scientific information reaches them. Furthermore, inquiring into the legislation, there are permits to practice regenerative medicine not when evidence exists “ .

Many clinics offering these treatments in Mexico have been imported from the United States. There, demand was high, but the prohibition of such practices forced them to move, and Mexico is the country that are just below. So says Nava, travel packages are now sold as “vacation in Cancun more regenerative stem cells.”

“Your article is a complaint” – says Hochael – “Has anything changed? ” ” Legally no, but some people writing to the medium where the article was published to tell us thanks for having it read, had left these therapies, “ says Nava. Moreover, it is difficult for companies to report these people often do not know they are being deceived. According to the journalist, the anecdotes are not evidence .They can be used to explain something that is true or a lie. Must be used, but the public should know that only a resource to represent reality, but a case not represent absolute truth. 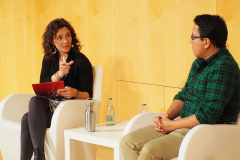 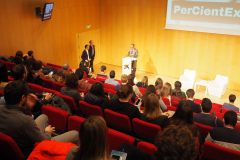 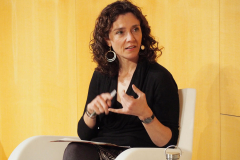 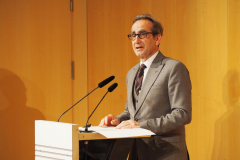 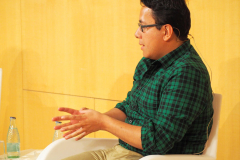 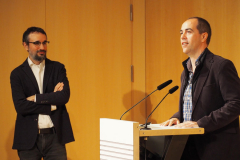 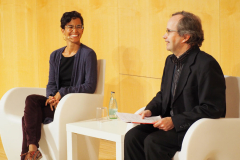 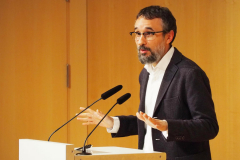 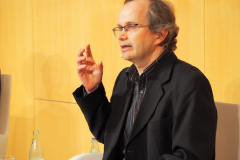 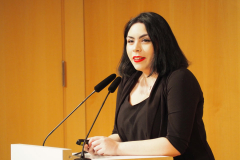 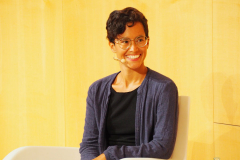 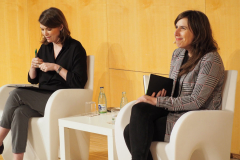 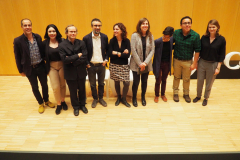 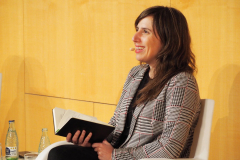