The interactive article Infertility, the other face of motherhood, written by journalist Lara Bonilla for the newspaper ARA, was awarded this afternoon the first International Prize for Health Journalism Dr. Antoni Esteve Foundation – PerCientEx, the award that recognizes the excellence of a journalistic work on health published in an Ibero-American medium in the last two years. Bonilla, twice nominated for her other interactive Women’s Body, Men’s Medicine, competed with three other finalists who were selected by a committee of experts from the PerCientEx (Scientific Journalism of Excellence) project.

The scientific journalist Jesús Méndez, a member of the selection committee together with Pampa García Molina and Maria Josep Picó, highlights this interactive by Lara Bonilla “to give voice to stories that do not usually have it. To do so through first-person witnesses who report and excite fleeing sentimentality. For an elegant structure and design that puts themselves at the service of the content, the voices and what they tell us. ”

Infertility, the other side of motherhood, portrays the longings, pressures, and difficulties faced by six women and one man in infertility. Through the voice of its protagonists, it also describes its emotional and economic cost. With the use of new digital tools, the article is presented in ‘scroll down’ format and in this way it is possible to isolate each of the stories told in the report.

The selection committee for this first International Award for Health Journalism Dr. Antoni Esteve Foundation – PerCientEx was made up of Pampa García Molina, chief editor of the SINC agency; María Josep Picó, journalist from the Scientific Culture Unit of the Jaume I University; and Jesús Méndez, writer and freelance science journalist. This is the same panel of experts that will highlight three scientific journalism papers at the PerCientEx conference that will take place the following day, June 2, at CosmoCaixa. 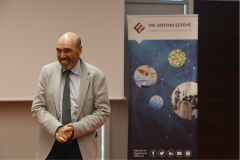 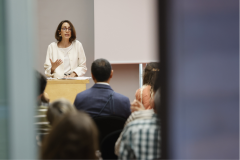 The PerCientEx project, promoted by the Catalan Association of Scientific Communication with the collaboration of the Dr. Antoni Esteve Foundation and the “la Caixa” Foundation, highlights each year journalistic works that have been published during the previous year or two and that have already have been recognized in the form of prizes, scholarships, anthologies or reference newsletters. These pieces become part of a database of excellent works, among which are the thirty articles on health that are eligible for the International Award for Health Journalism Dr. Antoni Esteve Foundation – PerCientEx.

With this award, the Dr. Antoni Esteve Foundation wants to highlight quality journalism in the field of health. Thus, it joins other initiatives organized by this non-profit institution that seek to promote scientific communication of excellence. This is the case of the scientific journalism debates that it has organized since 2004 or The scientist and the media courses, through which almost 400 scientists who want to improve the communication of their results to society have already passed.

List with the 5 finalists for the International Award for Health Journalism Dr. Antoni Esteve Foundation – PerCientEx: