In 1983, after the death of Dr. Antoni Esteve i Subirana (1902-1979), his descendants decided to honor his memory with the creation of the Dr. Antoni Esteve Foundation, a non-profit institution whose objective is to promote pharmacotherapy and science through different activities and publications.

Meeting in Barcelona Paquita Soler, Dr. Antoni Esteve i Subirana’s wife, and her children Josep, Montserrat and Joan, appointed the eldest son, Dr. Josep Esteve i Soler, as Chairman of the Board. 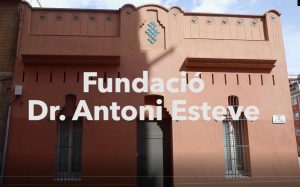 From 1983 to June 2018, the Dr. Antoni Esteve Foundation had its headquarters at calle Llobet i Vall-Llosera number 2 in Barcelona. 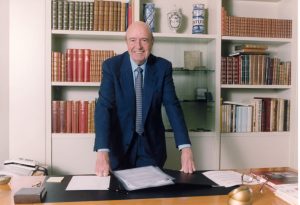 Josep Esteve i Soler (1930-2019), holds the position of Chairman of the Board of Trustees of the Dr. Antoni Esteve Foundation during 36 years. 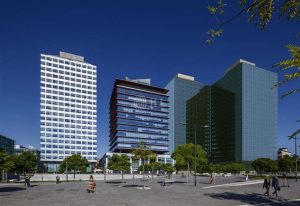 From June 2018, the offices of the Dr. Antoni Esteve Foundation are located in what is known as Torre Esteve, at Paseo de la Zona Franca number 109 in Barcelona. 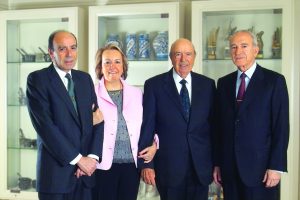 In 2019, Dr. Montserrat Esteve i Soler takes over from her older brother in the presidency, after 36 years serving as vice president. Joan Esteve i Soler, in charge of vice-president during all these years, has supported his brothers since the creation, maintenance and expansion of the Foundation that bears the name of his father, together with Joaquim Targa Cuyás. 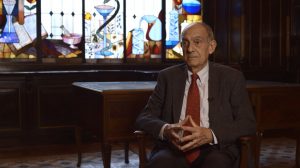 To start the Foundation in 1983, the Esteve family decided to have the help of Dr. Sergi Erill Sáez (1938-2020), a pioneer of clinical pharmacology in Spain. He accepted the challenge of being the founding Director of the Dr. Antoni Esteve Foundation, emulating the English CIBA Foundation. Established in 1949, Lord William Henry Beveridge defined it as “not a laboratory for mixing compounds, but a laboratory for mixing scientists”. 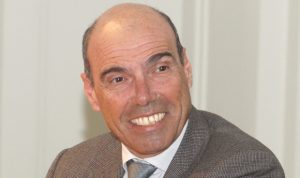 In March 2021, Dr. Antoni Esteve Cruella assumes the presidency of the Board. He is a doctor of pharmacy and thus the seventh generation of the Esteve saga of pharmacists takes over and takes center stage. He runs the historic Esteves pharmacy in Manresa and has held different positions in the Dr. Esteve Laboratories, which he came to preside over and where, currently, he is a member of the Board of Directors. He has also been president of Farmaindustria and other institutions such as the Board of Directors of the Center de Transfussió i Banc de Teixits or the Fundació Catalana per a la Recerca i Innovació. Currently, he chairs Esteve Teijin Healthcare, the Board of Trustees of the Institut Guttmann Foundation and is founded and president of the AdSalutem Institut del Son.